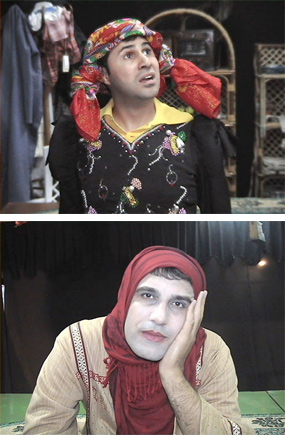 Im Abed & Her Children was originally made by the Hebron actors. After hours of improvising (and tears of laughter), we opened the show. Everyone loved it; however, we couldn’t perform it for schools because of the subject – LOVE.

Six years later, in Gaza, and after some slight adjustments we finally introduced Im Abed’s family to the students of Gaza. It was so well received that we doubled our tour schedule.

The story of the play is simple. Everyone is simply in love with someone.