Skip to content
You are here
> Activities > Drama > Theatre Club 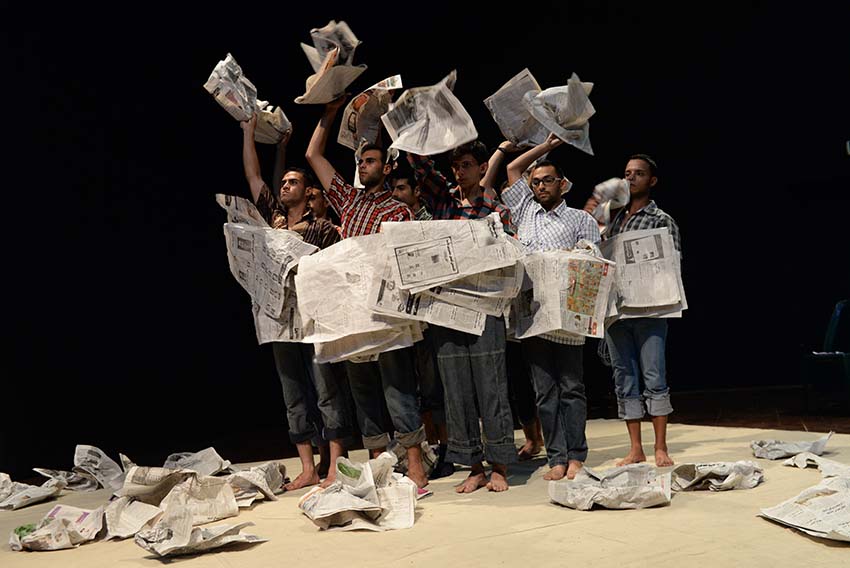 “Summer Vacation” in Gaza was made as part of the exchange project between TDP’s Theatre Club and the Belgian organization Zuiddag (meaning South Day).

In the background of 2014 bombardments on the Gaza strip, “Summer Vacation” brings a group of young men and women together in a chorus of silence, noise, and news.

The short piece, shown to some 30 schools in 15 cities around Belgium was inspired by Fernando Arrabal’s “Guernica,” (TDP youth adaptation 2001) and additional original text by Rafat al Aydeh and Jackie Lubeck. Short scenes take place between bombardments between a boy trapped under a house and his older brother trying to get him out. Visits by journalists and television interrupt these scenes.

The Participants in the Project

Yes, to dance beneath the diamond sky with one hand waving free, silhouetted by the sea, circled by the circus sands, with all memory and fate driven deep beneath the waves, let me forget about today until tomorrow.