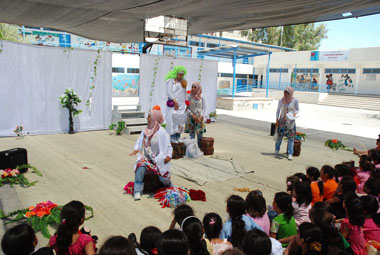 “The White Play” is about 4 girls, best friends and over-achievers at school, meet every day to talk, eat, and think about new projects. One day they decide to try and make a wedding dress. Four plays were made in the summer of 2010 for kids in Gaza. The plays – collectively titled “The Good People” look at what is good in Gaza. The other plays are  “The Blue Play,” “The Red Play,” & “The Black Play”