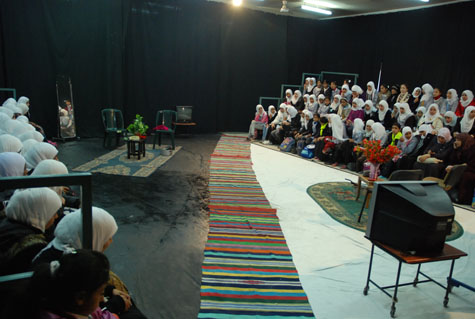 (Based on improvisations of the girls)

A stage divided.  On one side sits the traditional Wife 1 and her traditionally raised daughters. On the other side sits the modern Wife 2 and her out-going daughters. The audience is divided and sitting with one of the two wives. The husband is not in the play. In a theatrical debate, we hear the on-going discussion between a traditional way of life and another way which includes aspects of modernization that aren’t necessarily positive. Mothers and daughters exchange their opinions, trying and testing the possibly of making changes here and there. The only conclusion that the play comes to – when it opens the question to the teenage girls in the audience – is that this debate is more important than the answers that might come of it. 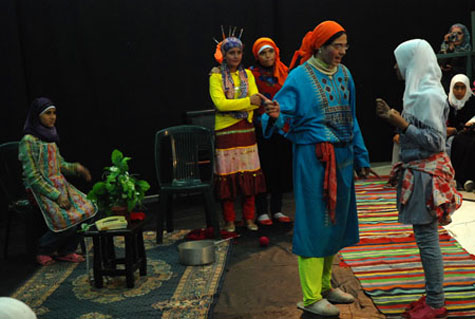