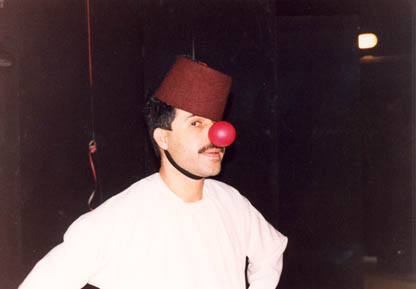 It was called “A Play Without a Title” for a long time. It was without a title… And unexpected. The work began with a written script by an Egyptian writer and during rehearsals we began to try out some improvisations. We soon discovered that we liked the improvisations better than the script. Slowly, slowly we cut away the script until nothing at all was left of it. The improvisations became funnier and funnier. We worked on some clowning techniques until we arrived at the play now known as “Rami’s Dream.”

This collective creation gives us Rami. He’s just passed his high school graduation test and he’s ready for life! What should he do. “I think I’ll ask around.” Big mistake! Rami is advised from an assortment of people with an assortment of agendas about how to live life. Get Married! Get Money! Become a Teacher! Open a Shop! Move in with Im Abed?! Rami cannot sleep. He cannot choose. Finally he makes up his mind. His own mind. 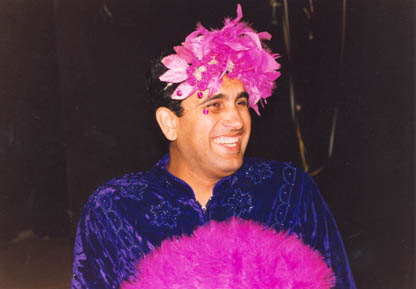 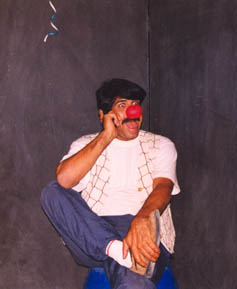