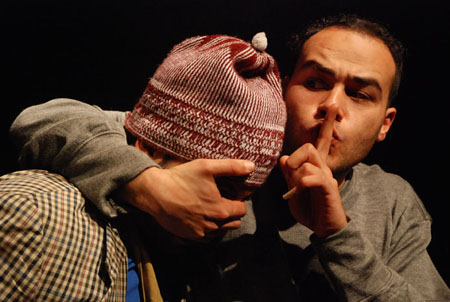 We live in a world where people are afraid of the powers that be.

We start with the messenger arriving with the news that the dog of the Pasha Baroud has died. The villagers consider the kind of commemoration they should have… or if they should have one at all. They must consider the reaction of the Pasha Baroud regarding the canine eulogy. They begin to write… with mixed enthusiasm until the messenger re-arrives with up-to-date information that it is not the dog who has died… but the very Pasha himself. Now another eulogy should be written and they must consider the still unknown Next-in-Line-Pashar. The messenger re-arrives with his final news: There is, nor will there ever be, a new Pasha.

And thus the question: Are we ready for freedom?!