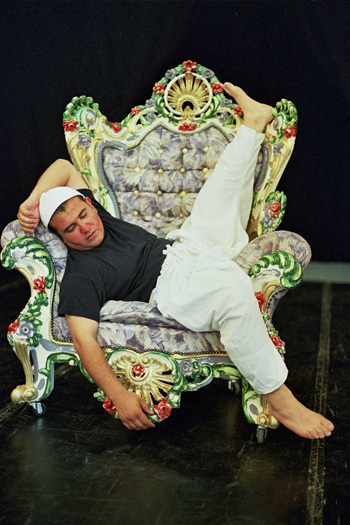 “The King is the King” was written in 1977 by the Syrian writer Saddallah Wanous. The play over 25 years old still speaks to us on many levels and opens doors for many thoughts, fantasies, and discussions. The writer uses a universal theme in literature… that of the king who wants to know what THE people really say about him So he disguises himself and goes out among them. In this play, the King goes too far and falls victim to his own game.  There is a bigger theme in the play, however. The king in our play is a symbol. He is a symbol of the powers that effect people’s lives. And it doesn’t matter if this is on a world scale, on regional scale, a social scale, a family scale. Who is the disguised king among us? Do we like him? Can we change him? Can we change our world?