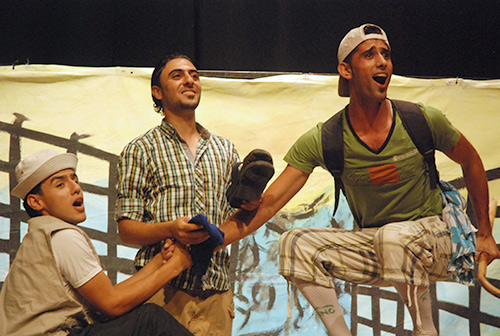 All the trees have been burned down except one. A boy has run away from home where he has no privacy and no opinion. A man has come running looking for his father who has “gone for a walk.” A very old grandfather has left his family because they stopped listening to him and don’t let him hunt. These 3 men, with no family/clan connections find themselves together under the one tree looking at life and what it might mean.