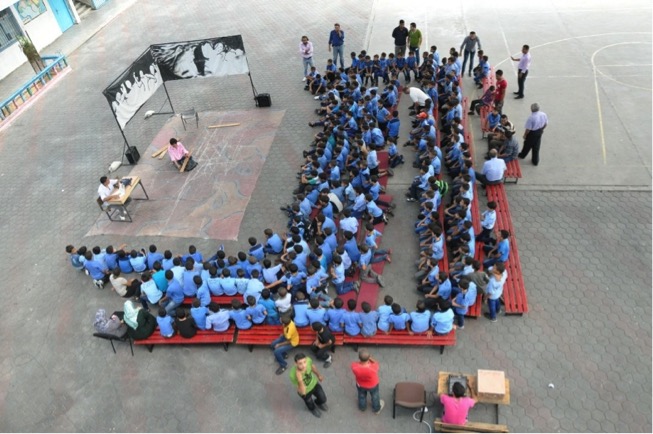 Is school open yet or is it closed. Does anyone know. Two boys arrive at the place of the school. But there is no school building anymore. They decide to share their favourite subjects: poetry for one, history for the other. And then comes the third, exhausted, hungry, abused, and broken, needing to finish school before his father puts him to work selling vegetables. The boy has to be saved and he will be. 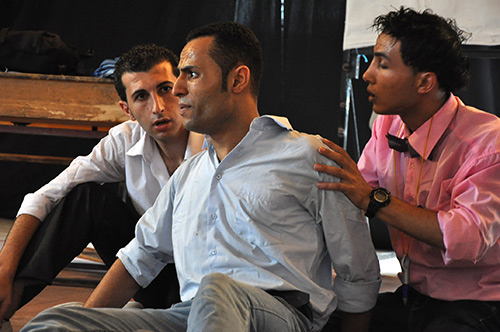 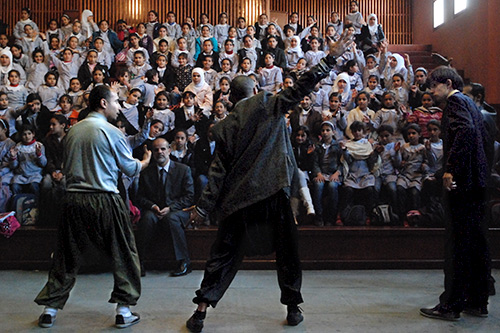